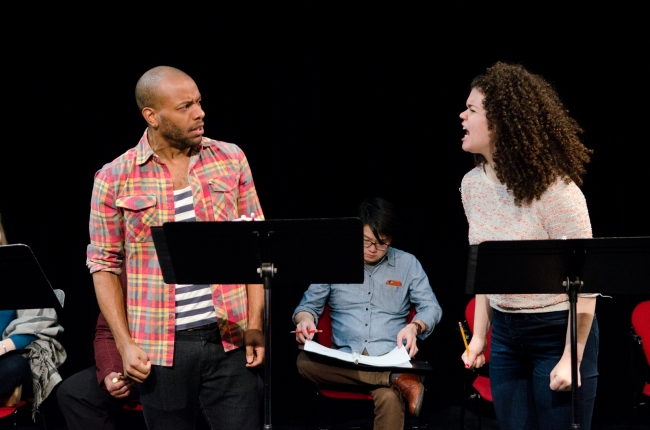 Jon-Michael Reese and Megan Burns in The Sea & The Stars by Harrison David Rivers, part of the 2016-17 Ruth Easton New Play Series. Photo by Paula Keller.

Rivers is a St. Paul-based writer who moved to the Twin Cities in 2014 for a Many Voices Fellowship at the Playwrights’ Center and decided to stay. He then received a prestigious McKnight Fellowship in Playwriting and is currently a Core Writer at the Playwrights’ Center. Locally, his plays that are receiving (or have recently received) premieres include A Crack in the Sky (History Theatre), Five Points (Theater Latté Da), and This Bitter Earth (Penumbra Theatre). Twin Cities audiences won’t want to miss this opportunity to be part of the evolution of his new play, the bandaged place.

the bandaged place is a brutal and lyrical play about the things we hang on to and the price of moving forward. It is the story of Jonah, whose former lover resurfaces, reopening a painful wound. Jonah is forced to turn to his precocious daughter and his tough love grandmother for support. 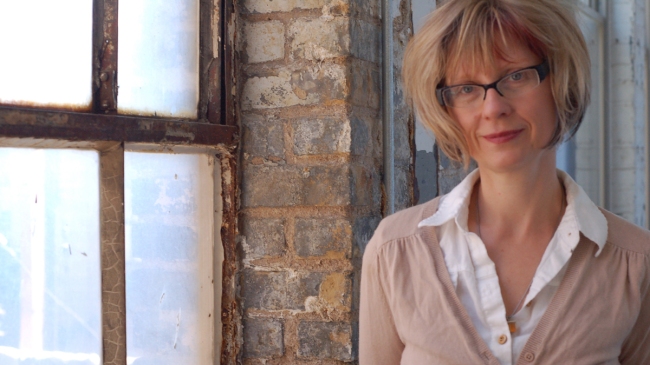 As chilly weather settles into Minnesota, local playwright Kira Obolensky has a wintery new musical to share. The Overcoat: A Low-Fi Musical is the first play in the Playwrights’ Center’s 2017-18 Ruth Easton New Play Series, a long-running series offering Playwrights’ Center Core Writers 20 hours of workshop time to develop a new play and giving theater fans a chance to see free public readings of the plays in progress. Readings of The Overcoat: A Low-Fi Musical will take place Monday, December 4 and Tuesday, December 5 at 7 p.m. at the Playwrights’ Center, 2301 E. Franklin Avenue in Minneapolis. Reservations are recommended and can be made at pwcenter.org.

Kira Obolensky is a beloved and celebrated playwright, especially in the Twin Cities where she is known for her collaborations with Ten Thousand Things Theater. For The Overcoat: A Low-Fi Musical, she worked with composer Brian Harnetty on a haunting and minimal score to accompany her reimagining of Nikolai Gogol’s short story “The Overcoat.” In the play, poor beleaguered Charlie Shoe needs a new coat to keep Winter away—she’s there, on the bridge, on the stair, waiting for his body and soul. Funny and tragic, this short musical wonders if empathy and love are really enough to save us from the clutches of coldness. 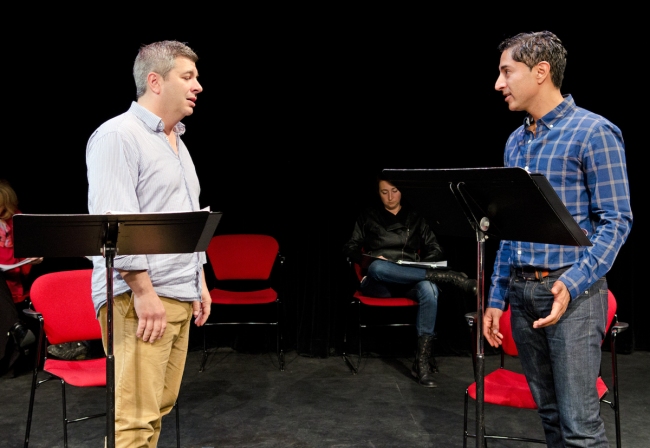 Damian Baldet and Maulik Pancholy in The Remains by Ken Urban, part of PlayLabs 2016. Pancholy will appear in the world premiere production of The Remains at Studio Theatre in Washington, D.C. in the spring of 2018. Photo by Paula Keller.

The public season at the Playwrights’ Center— the PlayLabs festival and the Ruth Easton New Play Series—features top local and national actors and incorporates design elements, giving audience members a unique way to experience new work and a chance to be part of the creative process. These readings are free to attend and take place at the Playwrights’ Center, located at 2301 E Franklin Avenue in Seward.

Reservations for PlayLabs will open approximately a month before the festival.

Kira, John, and Harrison are all Twin Cities-based playwrights.

Find play descriptions and other details at pwcenter.org/season.

Blog at WordPress.com. | The Designfolio Theme by Press Coders